Why spending your holidays in Menton, France 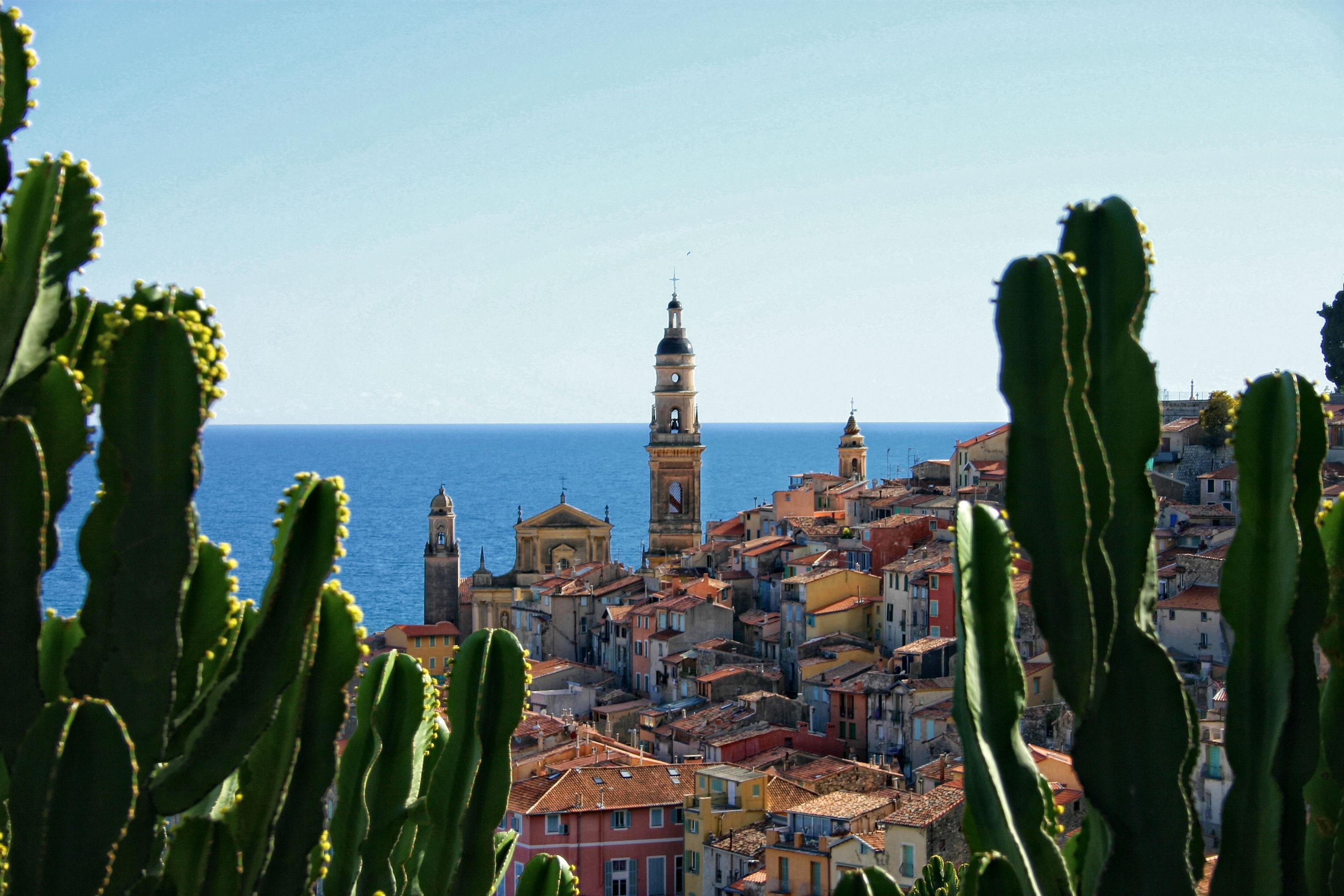 You are planning holiday at the seaside in the South of France this summer but you’re still not sure of the destination ? The Hotel Méditerranée, located in the very centre of the gentle city of Menton, gives you 10 good reasons to spend your summer in this beautiful city ! Beaches, sea, sun, but not only – Menton is the ideal destination for relaxing and enriching holidays ! Discover without further delay this city nicknamed the “French Pearl” at the border with Italy.

10 good reasons to go on holiday to Menton :

1. For its omnipresent sun throughout the year

With 316 sunny days a year, Menton enjoys a mild climate. Summers are hot but tempered by the sea breeze, reaching an average of 25° in July and August. Winters are mild and sunny too – temperatures rarely drop below 0° and the lowest average is of 11° in January. All year round, you can go up to the 7th floor of the Hotel Méditerranée Menton to enjoy this sunshine, on the panoramic terrace equipped with a solarium of 300m2 and a bar.

2. An ideal location in the heart of the French Riviera

Nestling in the heart of a circle of mountains, the city of Menton directly overlooks the Mediterranean Sea. Located halfway between Italy and Monaco, the famous principality were luxury, old historic city and modern architecture are side by side, the city of Menton offers you a wide range of discoveries.
With the Alps in the background, the landscapes of Menton offer exceptional views. During your stay, discover villages in the countryside too, like Gorbio, Castellar, La Turbie and Saint-Agnès.

3. For its old city overlooking the sea

Menton is a picture-postcard town you’ll want to photograph from all perspectives !
The buildings with colourful façades and the tiny alleys extend to the water’s edge and charm all the travellers came to discover the historic heart of the city. You can admire the old town in bottom view from the terrace of a restaurant on the port or from the beach.
On the heights of the old heart of the city of Menton, discover Saint Michel basilica and its forecourt offering a wonderful view on the mountains and the sea. At the top of the hill, you can also enjoy a breathtaking view on Menton Bay from the Old Castle cemetery.

The many gardens of the city of Menton are composed of both Mediterranean vegetation and tropical plants (imported by English botanists during the 19th century), making of Menton a garden city. Fontana Rosa, Serre de la Madone, Square des Etats-Unis are all green settings where you can recharge your batteries, in the heart of the city.

From Port Garavan to the Promenade du Soleil, Menton offers beaches, private or public, of pebbles or of sand. The beaches of Menton are well kept and are a promise of a relaxing moment where the bathing is a real pleasure with showers every 100 metres.
Good to know : as a client of the Hotel Méditerranée Menton, you can profit from a preferential price at our private partner beach. Ask the reception for further information, or book your place directly online, on our official website !

The lemons from Menton are legendary. They are bright yellow and are declined in jams, syrups, aperitifs or even in olive oil.
You’ll find a lot of culinary specialties with Menton lemon at La Maison du Citron, located at the exit of the city, on the road of Super Garavan.
The lemon is such an institution that the city of Menton made it an event : the Lemon Festival, which takes place every year, in winter, and which attracts thousands of tourists from all around the world. For each edition, the staff of the Hotel Méditerranée disguises itself during the entire Lemon Festival.

7. To taste the jams from Maison Herbin

For more than 40 years, the jams from Maison Herbin are a treat for Menton people and the tourists passing through. Real ambassadors of Menton gastronomy, Herbin jam-makers perpetuate the traditional craftsmanship in the making of their products. Having become the emblem of the city, Maison Herbin even opens its doors for visits of the factory. The Hotel Menton Méditerranée invites you to travel every morning by offering the jam of Maison Herbin on its buffet breakfast.

The history of Menton during the 20th century is closely linked to that of Jean Cocteau. Two museums of the city are dedicated to him then : the Bastion Museum and the Museum Jean Cocteau Collection Séverin Wunderman, which gathers 1,800 works of the artist. The artist also decorated the wedding room and the Mayor office of Menton City Hall.
Menton has three other museums to discover during your stay : the Contemporary Art Gallery, the Museum of Fine Arts and the Museum of Regional Prehistory. Perfect to spend cultural holidays !

9. For its Music Festival

For nearly 70 years, Menton welcomes every summer the greatest classical artists from the entire world. From July 29th to August 13th 2017, no fewer than 14 concerts will lull your evenings in Menton on the forecourt of Saint Michel basilica, a few metres from the Hotel Méditerranée Menton. Look at the full programme of Menton Music Festival.

10. For the Hotel Méditerranée Menton

And what if you came in Menton only to meet us ? Our charming hotel welcomes you throughout the year in the heart of Menton.
On site, you will meet a welcoming staff, passionate, which will be glad to make your stay unforgettable.

Book right now your room at the Hotel Méditerranée Menton on our official website, and get away in the heart of the French Riviera !